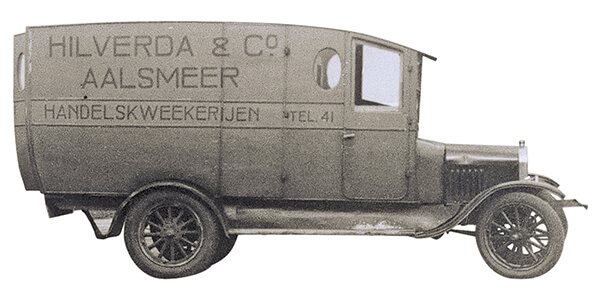 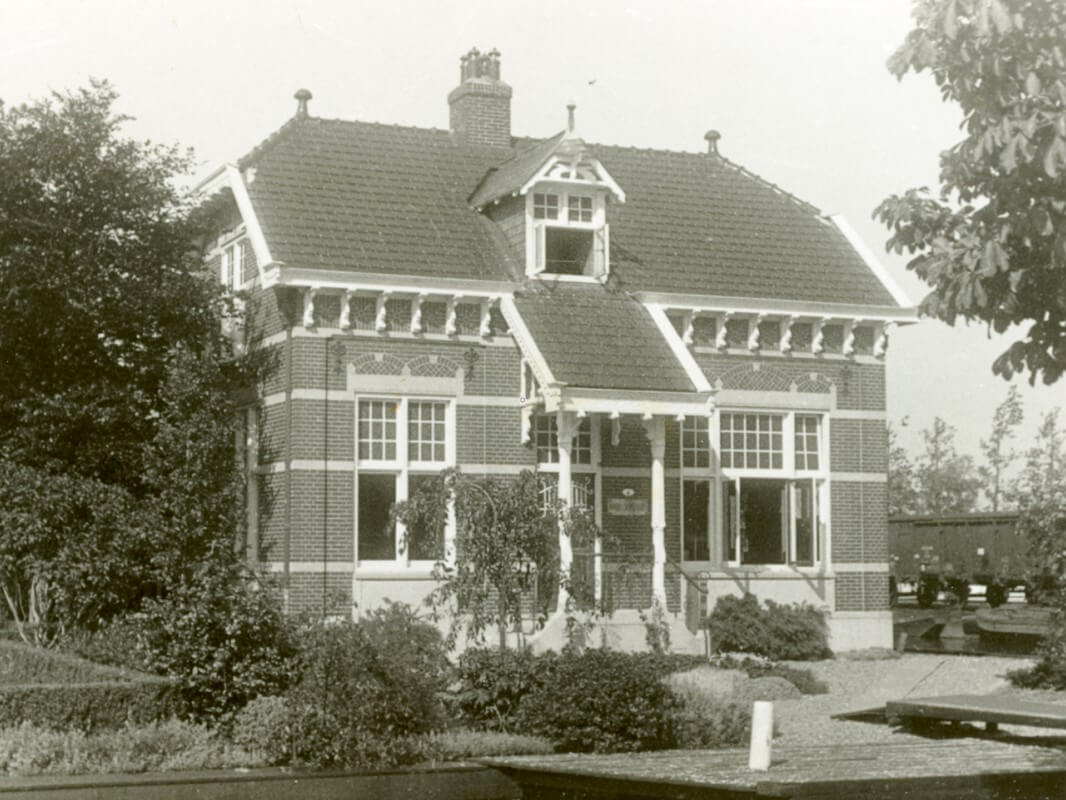 Someone has to be the first and history shows us that Hilverda has often been a pioneer in its field. Being a pioneer and trailblazer in the flower trade and plant breeding and propagation is embedded in our DNA.
1909 1923 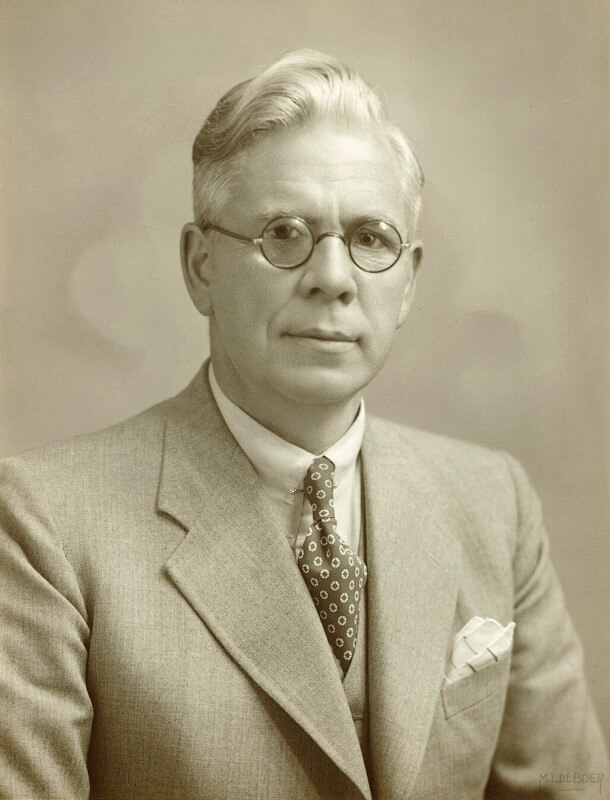 Jan Hilverda (23) started a one-man business in flower export in Aalsmeer in the Netherlands under the name 'Hilverda & Co.' in 1909. He was ground­breaking, because he was the first Dutch trader to bring cut flowers to Russia. Sweden, Norway, Denmark, Austria, Switzer­land and Turkey followed soon after. 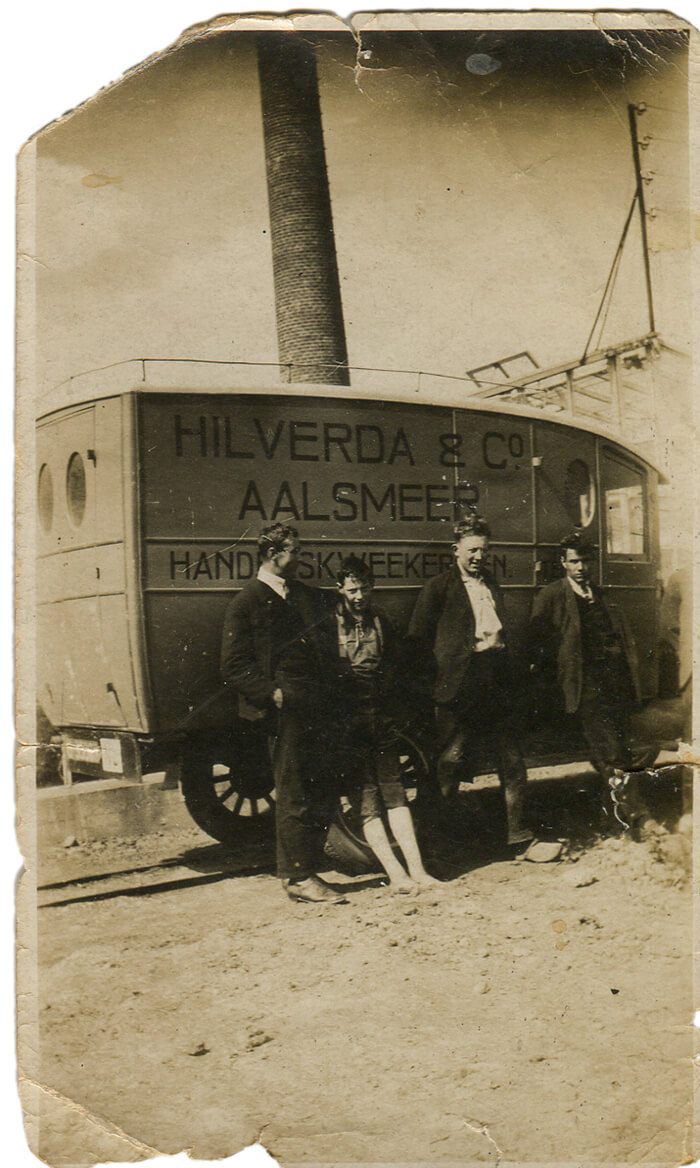 Hilverda & Co. was the first business to export flowers to New York in 1923: in the refrigerated hold of cruise ships! Wanting to be independent from his growers, Jan built a one-hectare rose nursery that was completely covered. This enabled him to grow distinguishable roses all year round. It became the largest and most modern nursery of Aalsmeer. 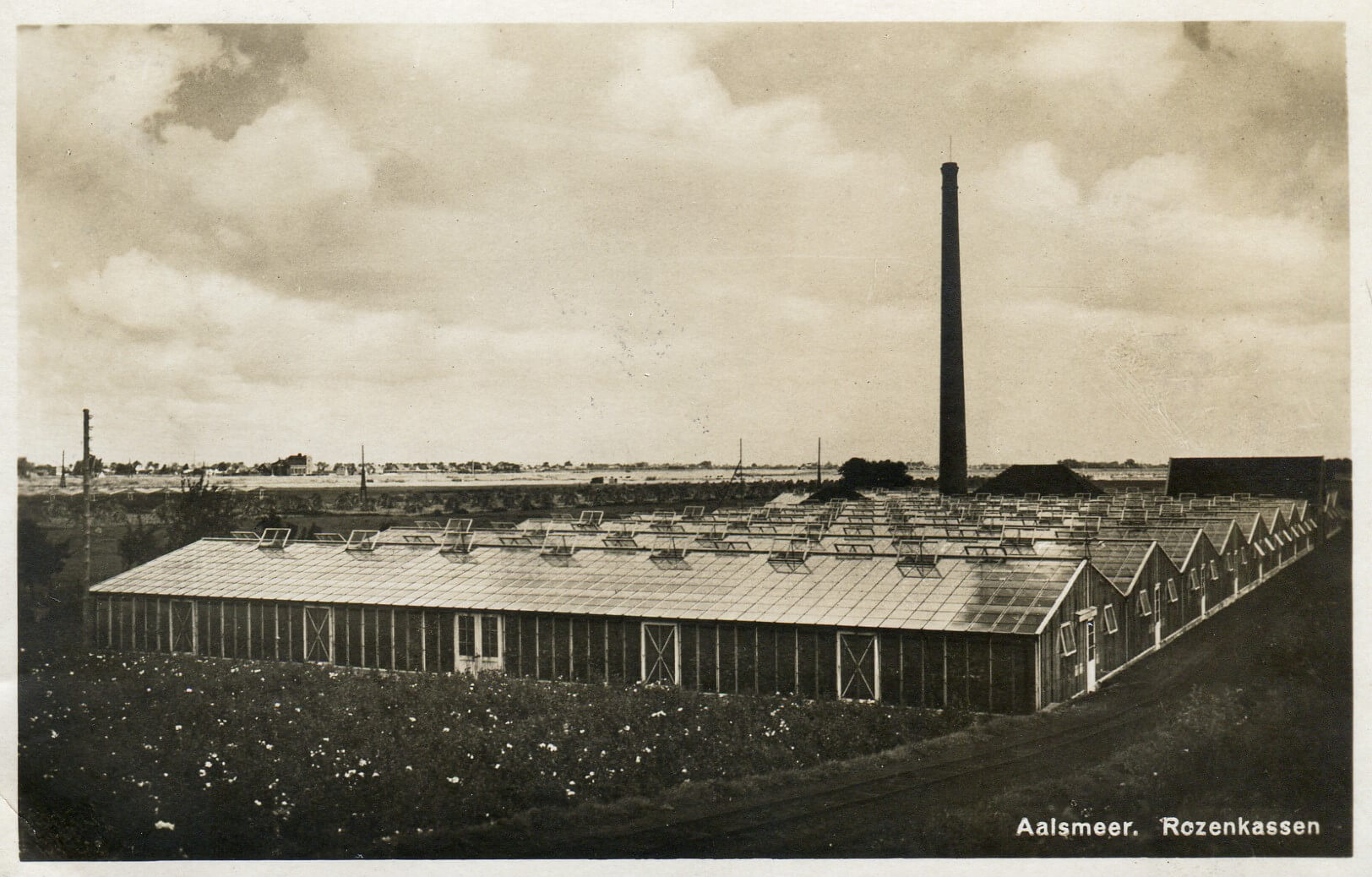 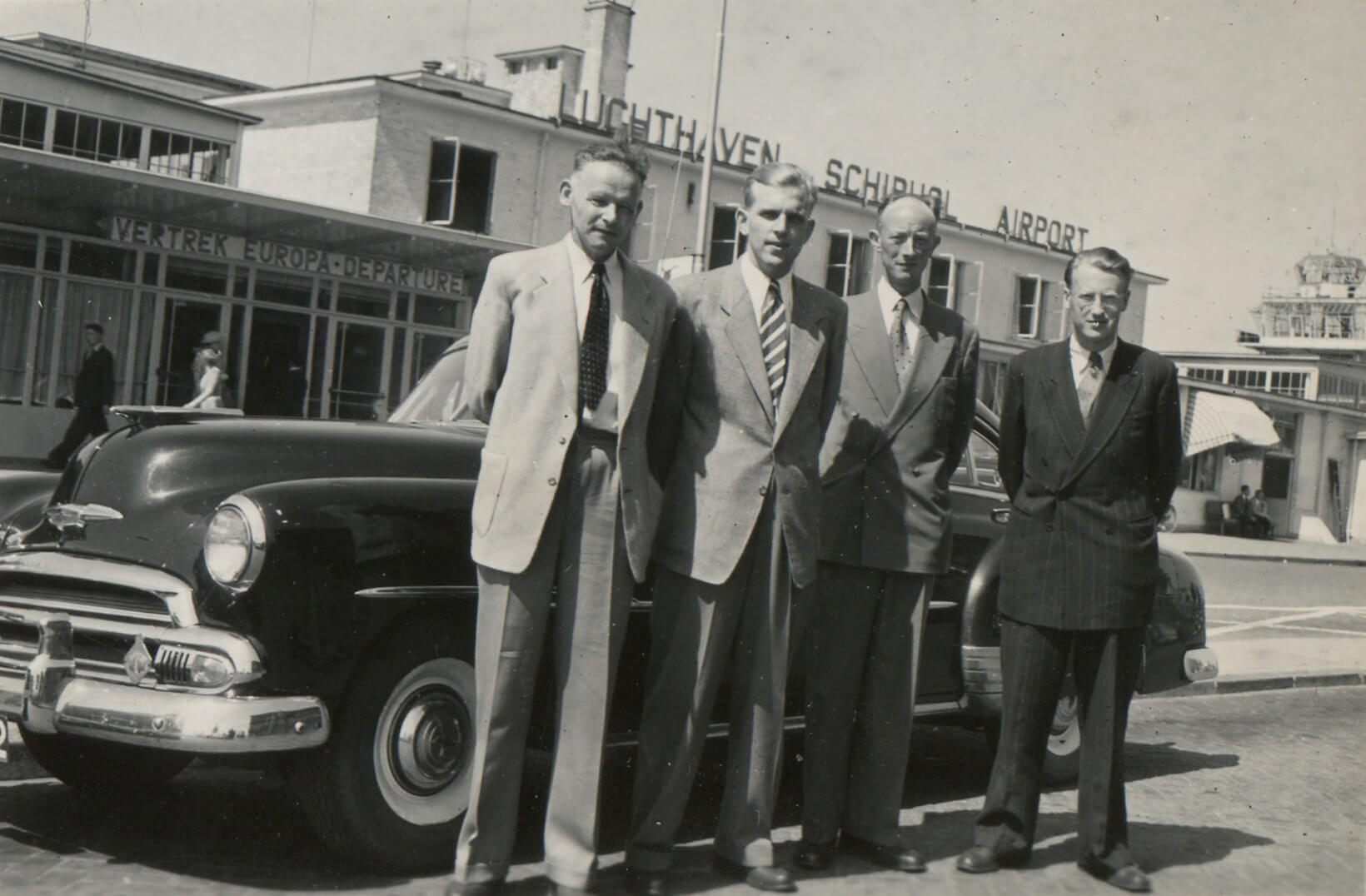 Jan Hilverda was also very involved in society. He founded the Witte Kruis (White Cross) building in Aalsmeer and held several positions on local boards. During the war, the flower export crashed completely. Jan died of a pneumonia in 1941, but the name 'Hilverda' had been established. After the war, the youngest son, Jan Hilverda junior (at that time 20 years old), was determined to breathe new life into the flower trade. He laid the foundations of the modern Hilverda Group. 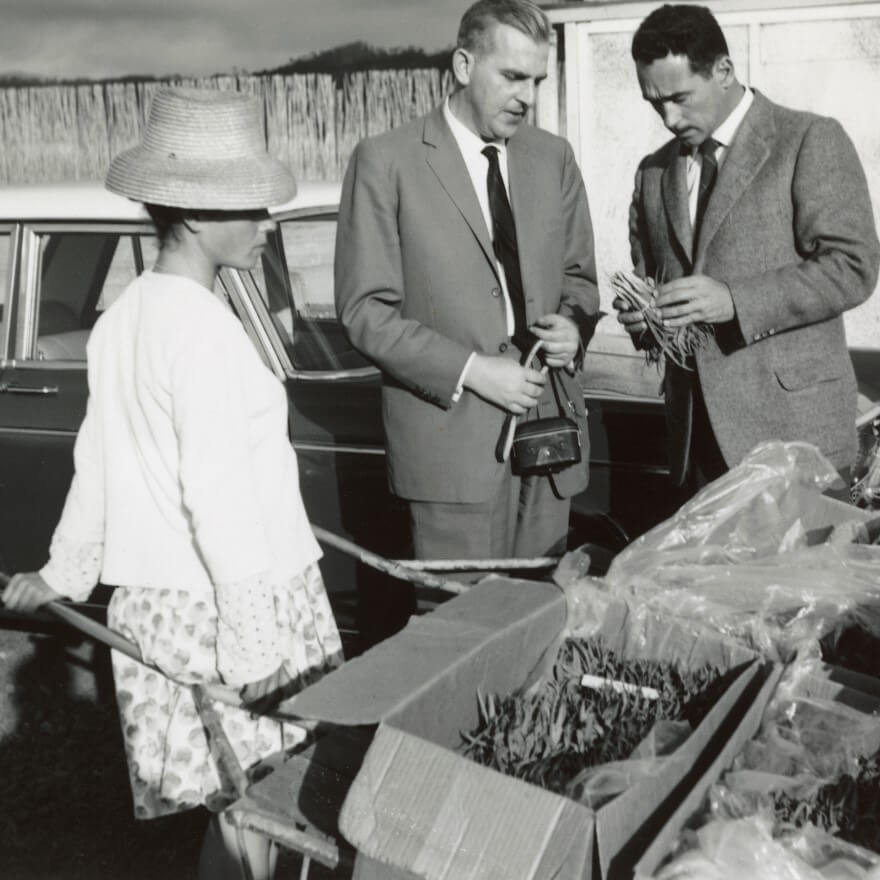 
The reconstruction of a flower empire 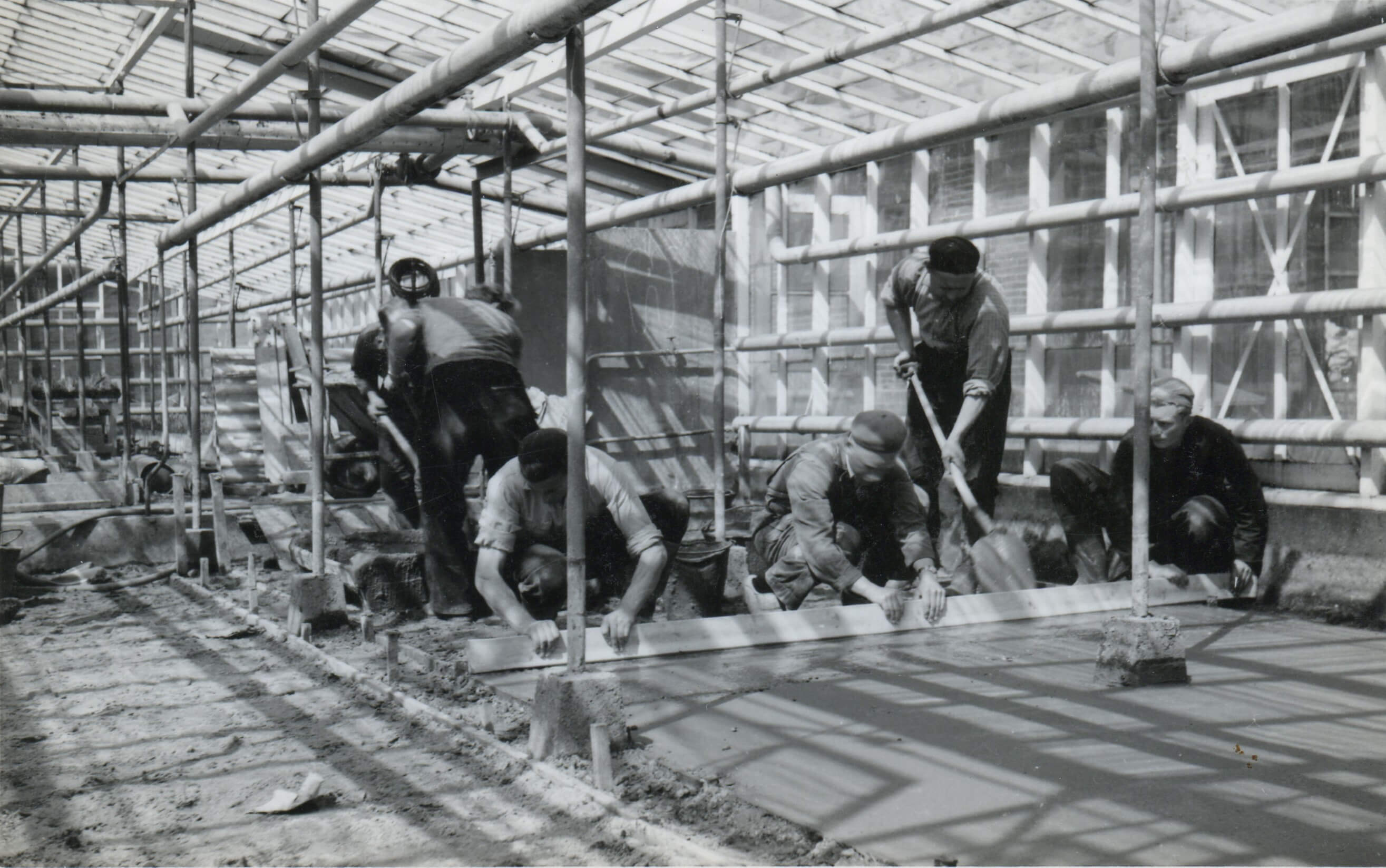 Once the greenhouses were filled with plants again after the war, it was not with roses, but with carnations. Carnations were popular at that time and growers' demand for carnation cuttings increased quickly. Jan junior focused completely on this. In doing so, Hilverda & Co. added a new activity to the flower trade: plant propagation. Hilverda wouldn't be Hilverda if this wasn't dealt with professionally and progressively. The greenhouses were given concrete floors including brick benches to produce virus-free carnation cuttings. 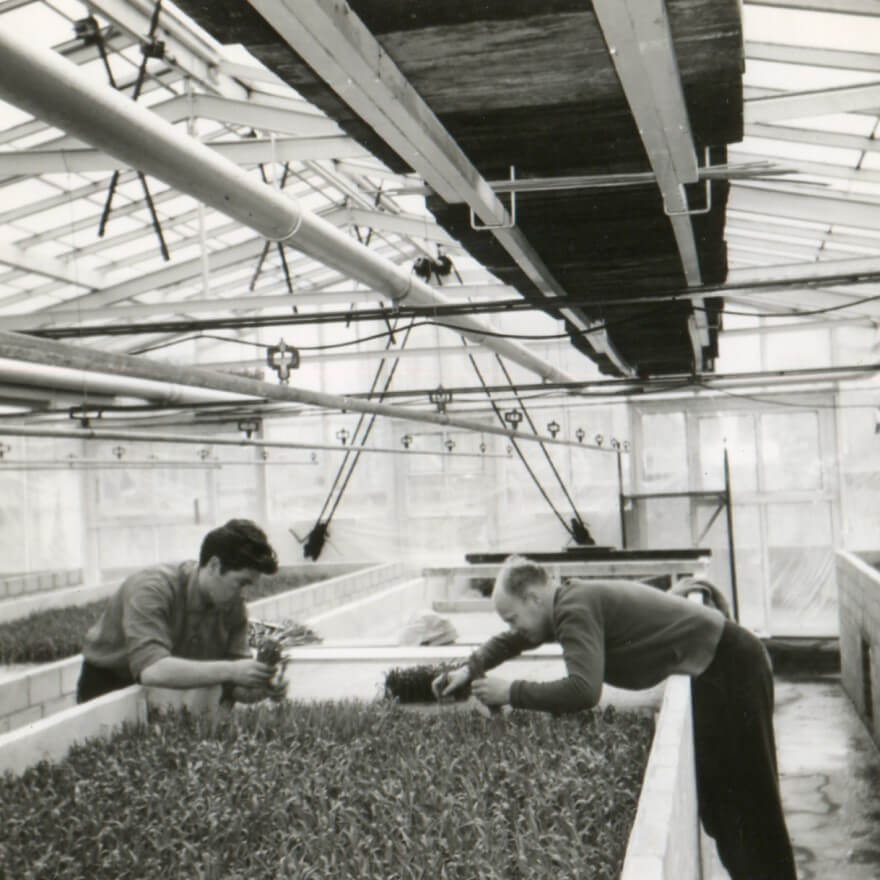 The world as our back garden! Hilverda & Co. decided to produce its carnation cuttings in southern regions with better environmental conditions and longer days, and established itself on Tenerife and in Portugal and France. Eventually, it was the first Dutch business to move its cuttings production to Kenya. Nowadays, the cuttings are also produced in Colombia and India.
1970 1982 1998

A beautiful new colour was added to the bouquet with the take-over of Florist De Kwakel B.V.. A young and innovative business that was specialised in the breeding and propagation of gerberas. The pioneering spirit blossomed here as well: Florist De Kwakel started the production of young gerberas from plant tissue culture.
1982 1998 2008 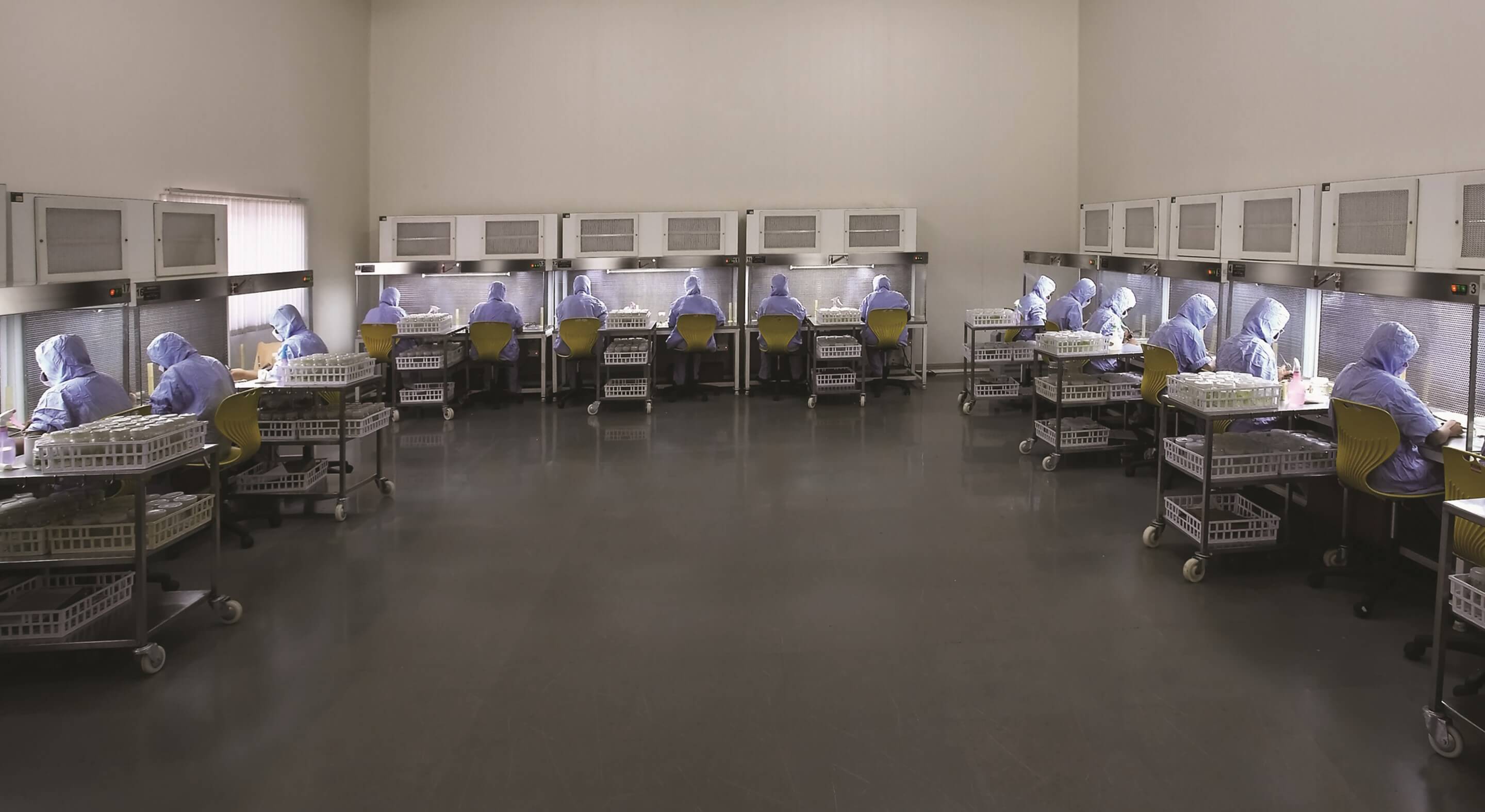 Breeding will out. Florist started a new trend in 1998 by being the first in the industry to move its entire production of gerberas to India. A joint venture was founded with local partner Kunmar Properties: 10,000 m² of advanced labs, 40,000 m² of green­houses and an annual harvest of millions of plants.
1998 2008 2009


Present in more than 70 countries 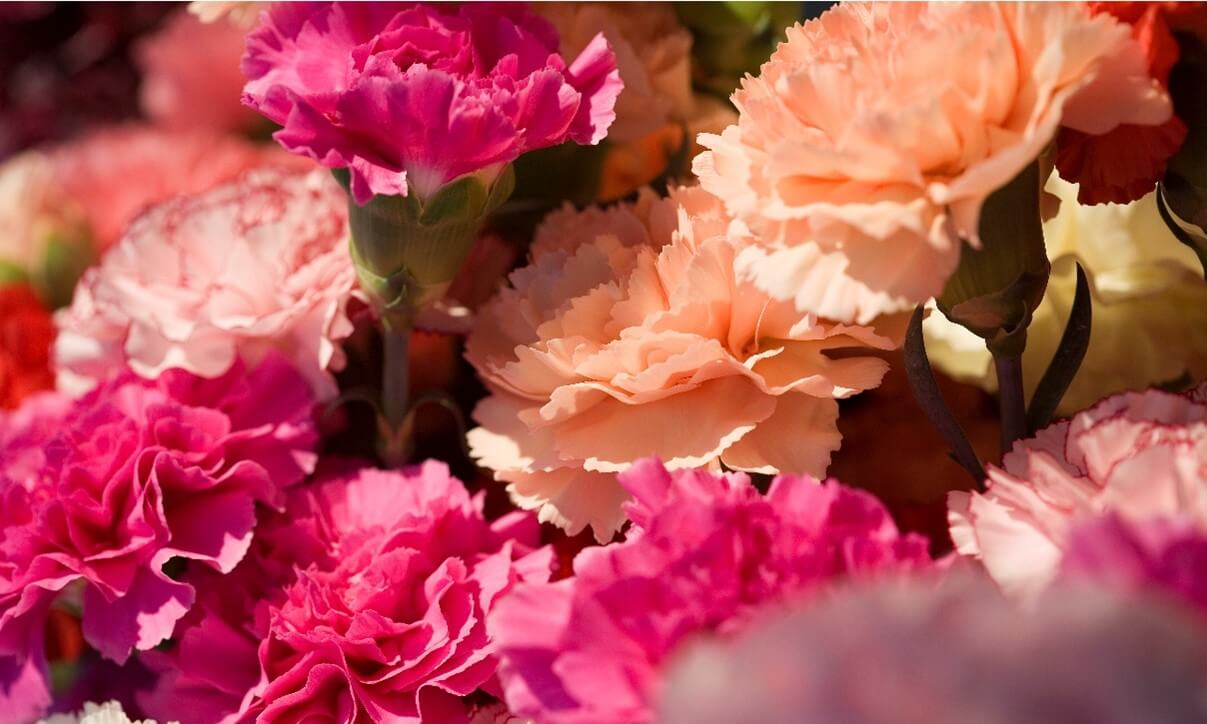 The propagation branch of Hilverda was one of the first to merge with an industry peer. In 2008, Hilverda and P. Kooij became HilverdaKooij B.V.. The motto was: stronger together. The combination offers a wide and colourful range of carnations, spray carnations, pot carnations, alstroemerias and pot alstroemerias and exports to more than 70 countries worldwide.
2008 2009 2020 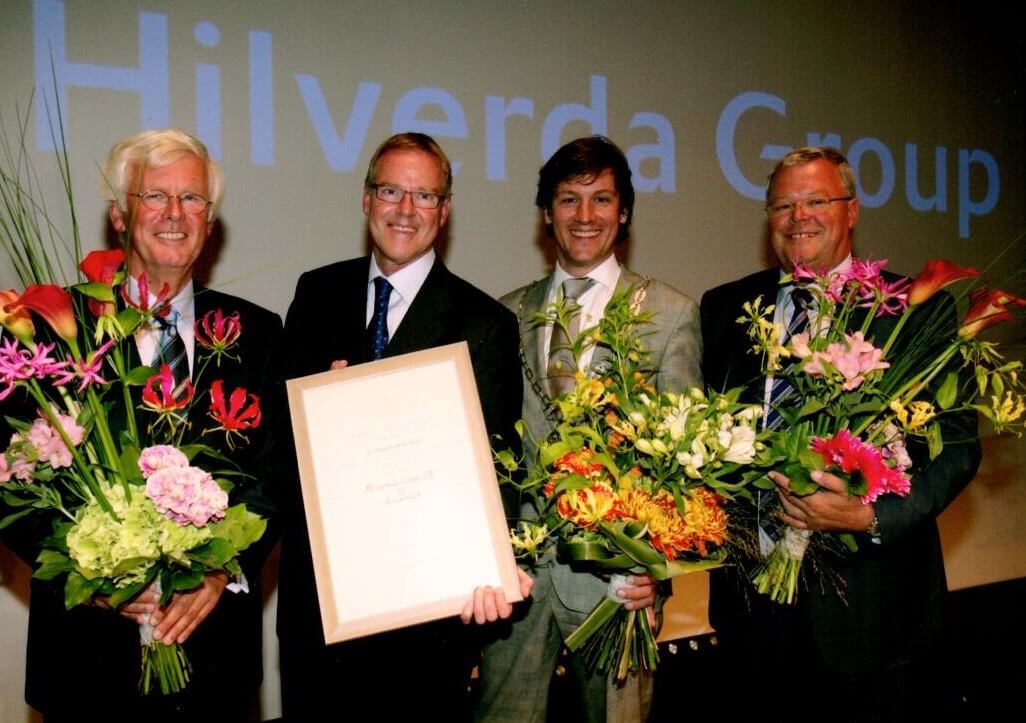 F.L.T.R.: Peter Eveleens, Jan Hilverda, Pieter Litjens (mayor of Aalsmeer), Jan Eveleens
The Hilverda Group, the holding company of, among others, HilverdaKooij, Florist, KF Bioplants, and Hilverda De Boer, celebrated its 100th anniversary. During the anniversary party we were given the Royal designation by the mayor of Aalsmeer, the crown jewel for the entrepreneur­ship of our holding company.
2009 2020 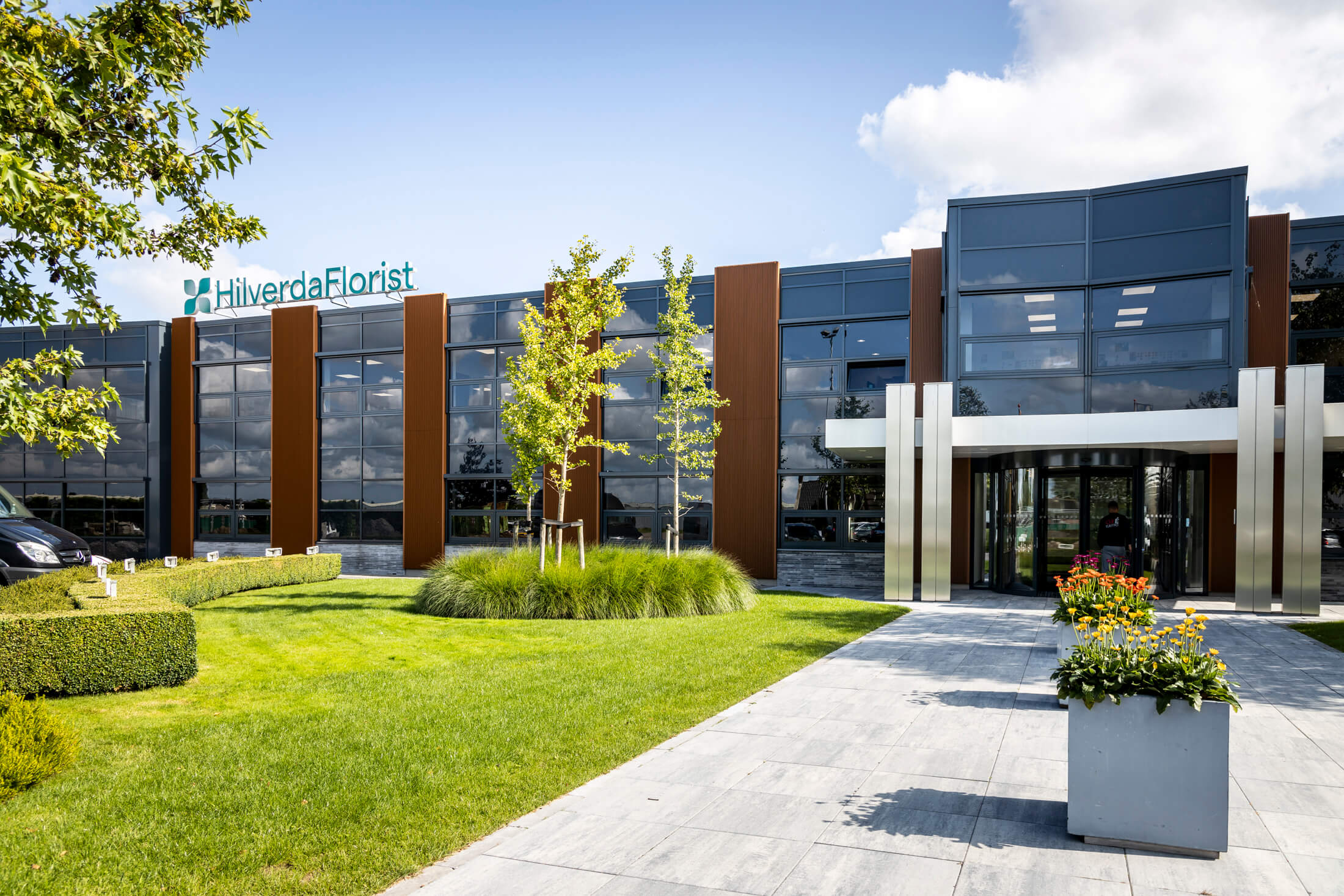 HilverdaKooij and Florist Holland merged into HilverdaFlorist B.V., an internationally leading breeding and propagation business and the beating heart of Royal Hilverda Group. From April 2020, HilverdaFlorist is housed in a marvellous new head office in De Kwakel.